Although we remained hopeful he would wake up and fly away, the bat eventually became IPR 119V-0080 after the ICE team finished their walkdown.  He did change the direction he was pointing from time to time throughout countdown but ultimately never flew away.

IR imagery shows he was alive and not frozen like many would think.  The surface of the ET foam is actually generally between 60-80 degrees F on a day like yesterday.  SE&I performed a debris analysis on him and ultimately a LCC waiver to ICE-01 was written to accept the stowaway.  Lift off imagery analysis confirmed that he held on until at least the vehicle cleared to tower before we lost sight of him.

And thus is the legend of the STS-119 Bat-ronaut.

Click on the thumbnails to get the full-res photo. 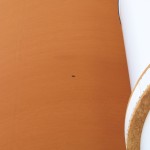 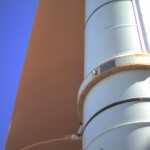 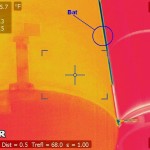 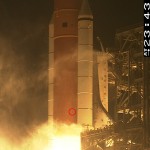